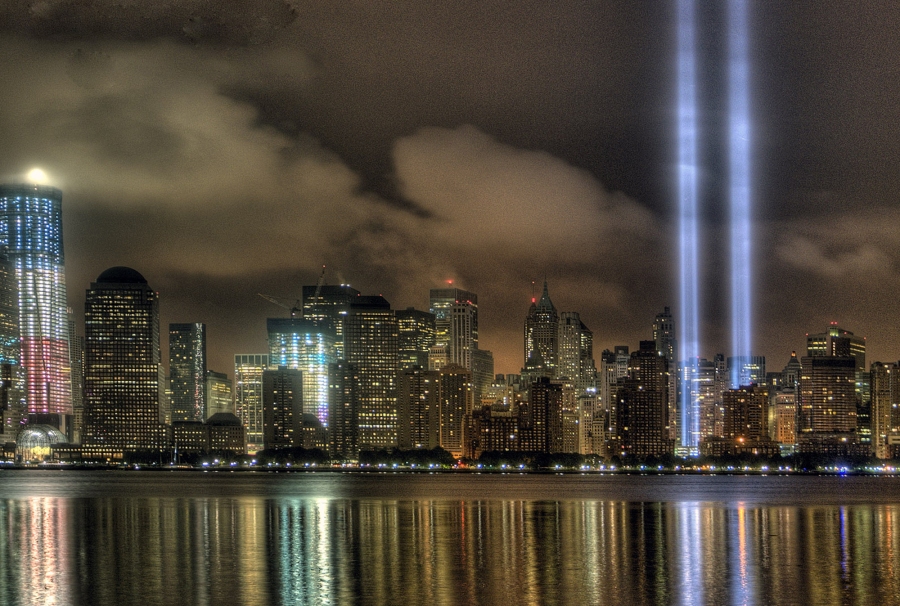 Here we are again, on the verge of the 15th anniversary of the September 11th attacks, a series of events that, to me, seems to have happened only yesterday, yet somehow—inconceivably—they burned themselves into my memory back before my current seniors were in preschool, back on a normal Tuesday school morning.

In the immediate aftermath of the attacks, one of the responses came in the form of a poem, W.H. Auden’s “September 1, 1939,” which, though composed at the dawn of World War II, contain lines that seemed to speak to the images we were watching more than 60 years later.

In the years that followed, many poets attempted to capture the intensity, meaning, and emotion of that day, and one of the most celebrated pieces is Fanny Howe’s starkly titled “9-11-01.” (Though I could find no footage of Howe reading the poem herself, I did locate this audio reading of the poem by good friend and fellow poet Rae Armantrout.)

Though the title specifically identifies the event as its subject, the poem itself adopts an “elliptical mode,” eschewing a more traditional message for one that is much more puzzling, much more abstract, much more “camouflaged.”

In order to make sense of it, we need to first think about how it is “partitioned” by the “existentialist” line, the “beloved” line, and the “materialist” line. We need to do some thinking about the function of each “person” identified in each of these lines, and how these functions speak to the poem’s title. (Hint: when doing this, it seems fairly clear that Howe’s use of the term “materialist” carries its philosophical definition, and not the one we are more familiar with.)

We should also take into consideration the “vantage points” of the speaker of the poem, the effect of including the specific place names, and the type and tone of the metaphors used. (And the intrepid among us will consider the effect of the poem’s form when paired with its content.)

Finally, it is always best to keep in mind that Howe intentionally thwarts our efforts to come away from the poem with an absolute, clear-cut message. (If she wanted that, she would have written a different poem.) Extracting a completely accurate and inarguable “truth” from each of the details in this poem is akin to doing the same to the famous Picasso mural “Guernica“; in each case, the artist supplies us with a specific title, along with patterns, tones, emotions, and other “clues.” Viewing this type of art up close is important, but in order to make sense of the total picture we need to take some steps back from the specific details in order to make sense of its total artistic impression.

Since the details surrounding the actual event are very complicated, it makes perfect sense that a poet would attempt to capture it with a poem that embraces complexity. Let us now roll up our sleeves,  work with the material that Howe provides, and pull out some threads of meaning that make sense to us, threads that allow us to make sense of a tragedy that is so far away yet so very near.