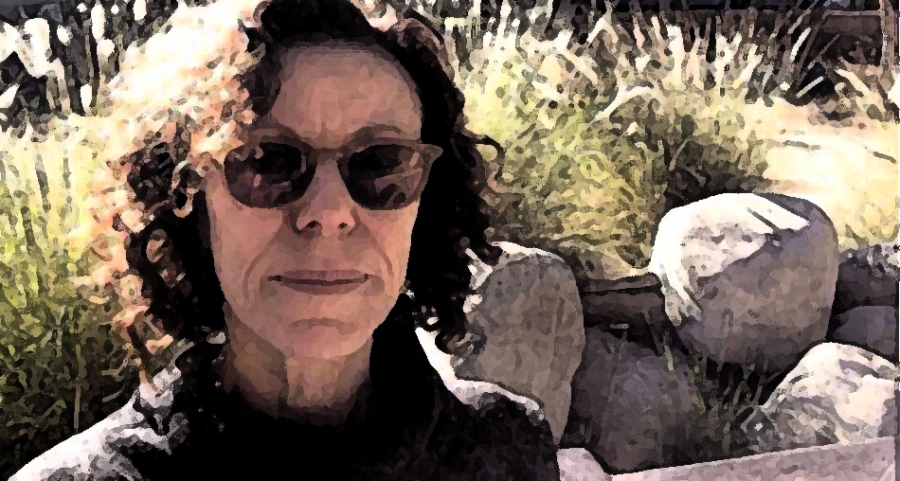 Born in San Diego California in 1956, American poet Amy Gerstler graduated from Pitzer College and later received an M.F.A from Bennington College. She is now a professor in the MFA writing program at the University of California, Irvine. Gerstler has written many acclaimed poetry books, including Ghost Girl (2004), Crown of Weeds (1997), and Medicine (2000), which was a finalist for the Phi Beta Kappa Poetry Award. Bitter Angle, written by Gerstler in 1990, was winner of the National Book Critics Circle Award. In a review of her most famous book, Dearest Creatures, Gerstler was described by the Los Angeles Times as “one of the best poets in the nation.”

Gerstler was also an editor for the 2010 edition of Best American Poetry, for which she worked alongside David Lehman, and has also collaborated with other artists, such as visual artist Alexis smith.

My partner and I conducted an interview in which we asked Gerstler questions regarding her poem Watch, featured in the 2005 edition of Best American Poetry. Watch is a very special poem to Gerstler and shows an emotional side of her life, because it gave her a way to express how she felt during a time of hardship and the loss of a family member.

Phoebe Slaughter: After reading this poem and the biography in the back of the 2005 edition of Best American Poetry, I learned that this poem was about your father. Did writing this poem help you cope with your grief?

Amy Gerstler: Great question. When I got news that my father had died, I was shocked and felt sick for what felt like years… I wrote the poem maybe a week or two after he died. I think writing the poem helped me process his death…but I don’t know that it helped me cope…exactly….maybe only time passing did that. By this I mean that writing helped me meditate on and express elements of what I felt about his death…writing helped me examine my thoughts and feelings, and to feel them rather than just succumbing to numbness, but I didn’t really have the perception at the time that writing the poem comforted me (though maybe there is solace in being able to hold something painful in your mind, look at it, consider it, and express it?) because I felt so flattened.

PS: Along with this, I was wondering what your mother felt about this poem and if she saw it as a way for you to produce an elegy for him?

AG: My mother never read my poetry. When I was younger, it upset me that none of my family members read my writing. When I got older, I realized that the if my family was not interested in my writing or poetry generally, this was a kind of blessing. Slowly, I came to the conclusion that I should try to put my ego aside (easier said than done!) and get wise to the fact that not being read by my family gave me valuable freedom. I never had to censor my writing in an effort to spare my family’s feelings, which can be an issue for writers.

PS: I really like how this poem was about your father, but it was also about a possession of his and the importance of it. At the end of your poem, you talked about how the “watch with the brown leather band” was still “ticking”. Does this watch still work today and where do you keep it?

AG: When I got my father’s watch back from the coroner’s office after he died, the watch had stopped, perhaps due to the impact of his having fallen when he had his heart attack. I made up the part about the watch still ticking, late in the process of writing the poem, because I came to feel that that detail improved the sense of drama in the poem. You can do that! Poetic license! The actual watch is hanging on a wall in my office, from the same nail as a charm bracelet my father gave my mother early in their marriage.

PS: According to The Poetry Foundation your poems are said to be based on redemption, suffering, and survival. Couldn’t this be said about any poet or any poet’s work? And if it is, is it frustrating to read these sorts of classifications made by someone else about your poetry?

AG: I agree with your observation that countless poems (and zillions of works in other categories of literature and art) attempt to grapple with these vast, enduring themes, like “redemption, suffering, and survival.” But I’m not frustrated at all by that description’s generality, because I believe that a site like the Poetry Foundation’s is a very useful, first-step reference tool, (I often turn to that site to get initial information about a poet or topic) helpful in exploring an interest that can bloom into deeper, more nuanced engagement with/research about a subject or writer. Also, vague and abstract as that list of themes may sound, they are actually subjects of inquiry I care about, so I’m fine with that partial, ball-park description of areas my poems might inhabit or be reaching for.

PS: This question is a bit sidetracked from this specific poem, but when you were younger, did you aspire to be a poet? What did you think you wanted to do with your life?

AG: Ambitions and career dreams I entertained when was younger included wanting to be some kind of literary writer, maybe a poet, maybe a novelist, maybe a writer/illustrator of children’s books like Maurice Sendak (sadly, I can’t draw AT ALL, so I had to abandon that idea pretty early on), or wanting to be a speech pathologist, or an actor. I was and still am interested in science, mostly neurology, but am a complete dunce at math, so science careers were sadly out for me.

PS: After doing some research, I noticed that you were a guest editor for the 2010 edition of The Best American Poetry alongside David Lehman. What was it like working with him? What kind of work did you have to do for this book and what was it like being an editor?

AG: Working with David Lehman was a privilege. I learned a ton from that experience. David is a real literary scholar, hugely well read, with a boundless appetite for discovering new poems and new voices, and for following the work of writers he admires. He has a ton of energy as editor and writer, and is both serious and good humored about his projects. Because he’d been the series editor for about 20 years already when I worked with him, I gained a LOT from collaborating closely with a poet-editor of his knowledge and experience. He’s very organized, detail oriented, thorough and conscientious, and gave me final say for real in all choices of what was included in the anthology. Work for the book consisted largely of a TON of reading and re-reading, from amazing magazines from all over the US, of every size, focus and shape. There were so many smart, powerful, inventive poems to read and consider I wished the anthology could be a huge encyclopedia containing thousands of poems.