Mr. Speiser and I were among those in attendance at the PEN organized “Writers Resist: #LouderTogether” event, held on the steps of the NYC Public Library on January 15, 2017. 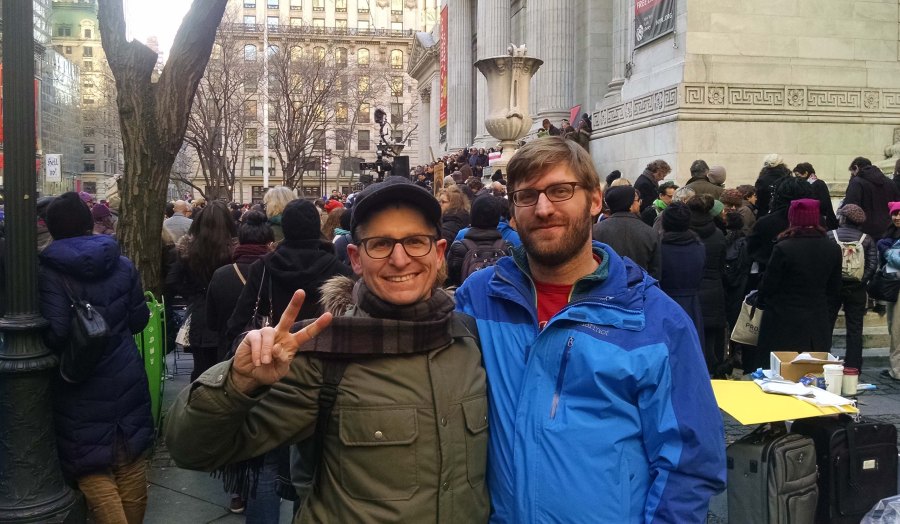 Here we are, momentarily turning our backs from both the poets and from our kids, who patiently took in the event. My oldest, Nikolai, wearing his tattered Santa cap, spent part of his day listening to the readings, while also making time to study the people in the crowd. 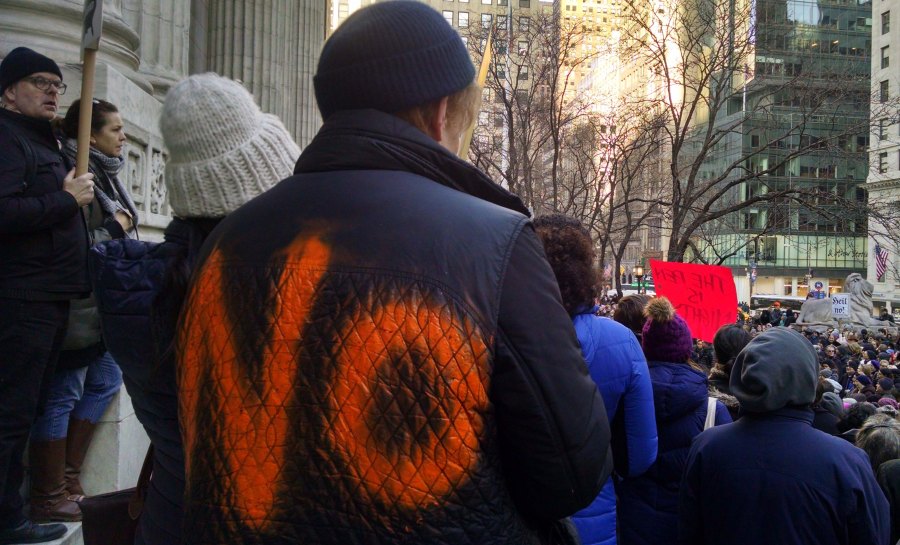 One of the event’s many highlights was this performance, by Robert Pinsky and Rita Dove, both former U.S. Poet Laureates, reading verses from Gwendolyn Brooks and Czeslaw Milosz …

If you are a supporter of Mr. Trump, such an event will in no way surprise. And yet, one thing to consider is that, in the past, poets have famously been enlisted to commemorate the occasion of a president’s inauguration, not condemn it. For those of us who steadfastly refuse to acknowledge that our present political situation is “normal,” this turn of events is only the latest in a never-ending series of troubling developments.

The PBS NewsHour, a longtime supporter of poetry in America, covered the event.