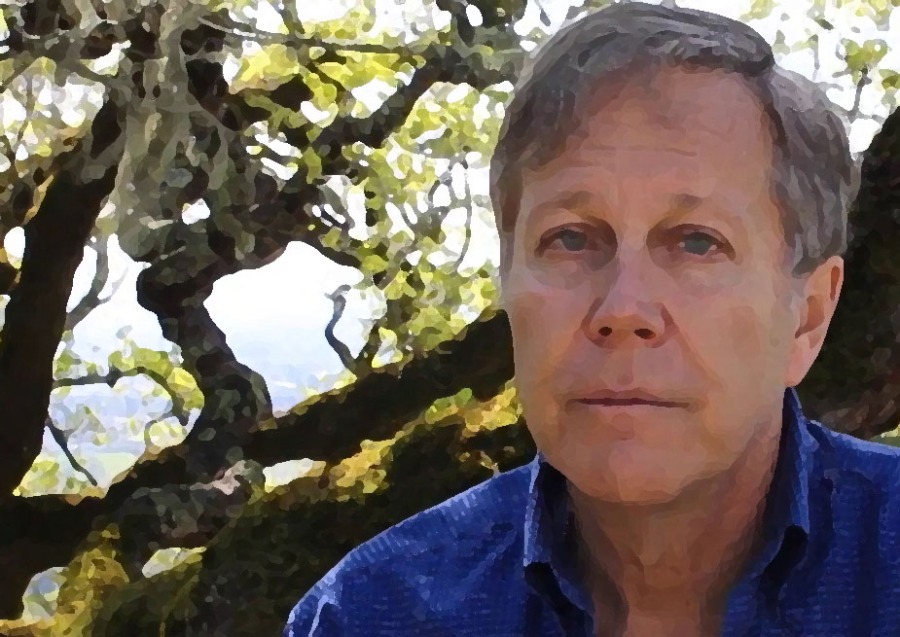 Dana Gioia was born in the suburb of LA in California, as he grew up his Father, Mexican-American Mother whom would recite poems to him, and now is a professor at the University of Southern California. Gioia is a publisher of 4 full-length collections of poetry, Pity the Beautiful (2012), Interrogations at Noon (2001), The Gods of Winter (1991), Daily Horoscope (1986), as well as 3 collections of critical essays. Some of these essays include translations of Latin, Italian, and German poems that he translates. Gioia is very successful in school he completed his Master of Bachelor Arts at Stanford University, his Master of Arts at Harvard University, and business school at Stanford. He also has won many awards including the recipient of ten honorary degrees,  the 2010 Laetare Medal from Notre Dame, Etc. I was drawn to Dana Gioia’s poetry because it is very storytelling.

Jeremy Merrifield: Do you think that because your mother read you poems when you were younger that she inspired you later in your life to become a poet?

Dana Gioia: Yes. First experiencing poetry in such a personal way made the art part of my early personal formation. It also made poetry personal rather than academic.

JM: When reading your poems I’ve noticed you like to make them story like. What leads you to make them a mixture of traditional and free verse and not just a full free verse poem?

DG: Poems need to have a structure of some kind. Narrative is the most natural one for most people. Even if there isn’t a formal story in a poem, I shape the images. The order in which images appear becomes part of their meaning. As for form, I like to let the poem choose its own shape. I want to be surprised by how my poems unfold. I write about 1/3 of my poem in rhyme, 1/3 in unrhymed meter (usually blank verse), and 1/3 in free verse. I find it dull when all the poems in a book have the same form.

JM: After reading your bio on Poetry Foundation, I noticed that you were in plenty of boards. Do you think being involved in these positions has made you a stronger poet? Why or why not?

DG: For many years I served on the boards of arts organizations. Most non-profit groups need help. For me, volunteering was both a good way to help the culture and to meet interesting people. When I became Chairman of the National Endowment for the Arts, I was required by law to resign from the other boards to avoid any conflicts of interest. When I returned to California, I decided to give up board positions. They take a great deal of time. I was invited to join so many arts boards that it was an impossible situation. My public service comes from my work as state poet laureate.

JM: What about teaching? Does it help you be a better writer?

DG: I have never had a full-time teaching position. I used to teach every now and then for a semester and then leave, even though I was often asked to stay. I wanted to make my living as a writer, and teaching drew on the same energies used in writing. I find teaching and the students so interesting that it is hard to think of other things. So I had to limit it. At the University of Southern California I teach only in the fall semester. Then I leave L.A. and disappear to northern California.

JM: My first poem I read by you was “Meet Me at the Lighthouse.” Why in this poem did you decide to write the names of the musicians and why these musicians?

DG: I was trying to capture a lost moment—everyone in the poem but me is dead– so it was important to name specific musicians. A jazz fan will recognize all the names. They were the stars of West Coast jazz. To the average person, they will be unfamiliar, but still names like “Cannonball” give the poem a special air. I was delighted, just after I published the poem, to see LA LA Land. The movie sets three important scenes in the Lighthouse.

JM: Out of all your awards and achievements what are you the most proud of? Is it because you worked hard? Why?

DG: I was most surprised to win the American Book Award. I was proudest, however, to win the Laetare Medal from Notre Dame, which is the highest Catholic award in the U.S. It had been previously awarded to John F. Kennedy, Dave Brubeck, Martin Sheen, and Dorothy Day. They not only give you a gold medal. They also carve your name in marble under their Golden Dome.

DG: I currently teach only in the fall at USC. I have a very popular class called “The Art of Poetry” with 150 students. I also teach two small graduate classes, including “Words and Music, ” for singers and composers. It examines poetry’s role in song, opera, and musical theater. USC created a new academic position for me—the Judge Widney Chair of Poetry and Public Culture. USC is a great school, and they treat me very well. Still I’m thinking of resigning. Writing is my vocation. I’m not a teenager like you. Who knows how many years I have left? I can’t afford to waste them.