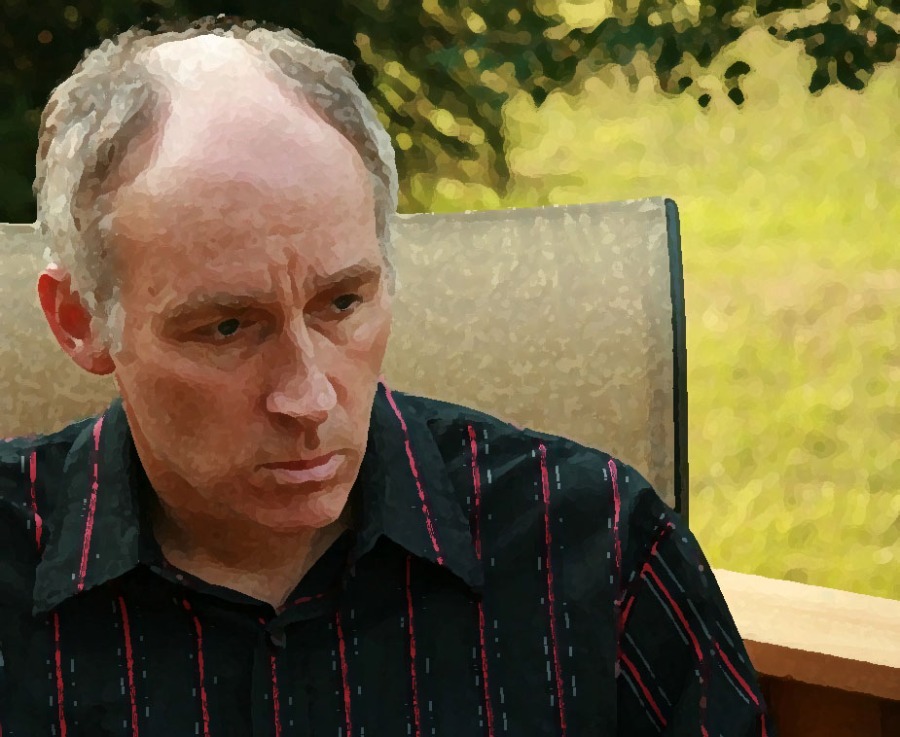 Mark Halliday is a noted American poet, professor, and critic.  He was born in Ann Arbor, Michigan, and grew up in Raleigh, North Carolina, and Westport, Connecticut.  He earned his BA (1971) and MA (1976) at Brown University, and later received his Phd. in English Literature from Brandeis University in 1983.  He has taught English literature and writing at Wellesley College, the University of Pennsylvania, Western Michigan University, and Indiana University. He was awarded the rank of distinguished professor in 2012 at where he currently teaches at Ohio University.

Halliday has many published poetry collections and has won several awards, including: Little Star (1987), selected for the National Poetry Series, Tasker Street (1992), winner of the Juniper Prize, Jab (2002), and Keep This Forever (2008).

I was drawn to Mark Halliday after reading his poem Doctor Scheef in Best American Poetry 2016.  The contents of his poem stuck out to me and made me wonder about its backstory and why it was written.  This poem influenced me to interview Halliday to ask more about his poetry and what helps him write it.

Carly Rutledge: I was interested in the characters after reading your poem “Bad People,” and I was wondering if the characters were based on people you had known? Could you tell me more about them?

Mark Halliday:  In “Bad People” the guys named Jack and Kenny are not based on any particular individuals I knew.  I tried to imagine in detail who might have smashed the beer bottles on the baseball diamond in that park.  Later, someone suggested to me that the bottle-smashing was more likely done by teenagers; that may be correct, but I still think Jack and Kenny are fairly believable characters.

My son Nick really did know the names of all the Phillies starters before he was three years old.  The poem arose from my wondering about how much to explain to my son. This is a kind of question faced constantly by parents — wondering how much to tell a child about misbehavior and harm and danger and evil in the world.  It’s hard to figure out what the age-appropriate explanation is, sometimes. Also, I wanted to express an awareness that stupid anti-social behavior is often probably not simply nasty but arises out of painful, damaging life-experiences.

MH: I must confess that “All Me” is a parody.  I wrote it as a parody of the poet Mark Strand, because I sensed in his poems a tremendous self-admiration, reflected by the very unruffled quality of his style.

I guess in general calmness and reassurance are not feelings that show up often in my poems, except as unreachable goals.  Usually I write about experiences and situations in which I feel troubled or confused.

One effect I’d like my poems to have would be that a reader would feel a companionship with the speaker who is troubled and confused.  A reader whose own life includes some anxiety and confusion and doubt might feel less lonely, less peculiar, reading about my version of those feelings.

CR: My teacher and I talked about your poem “Doctor Scheef” together and we tried to research to see if Doctor Scheef was a real doctor.  We were wondering if he was a real person, and if you changed his real name to this or used his real name in the poem?  Could you tell me what inspired you to write this poem?

MH: One day I was reading my father’s notebook from 1971, when he and my mother made one of their several unsuccessful efforts to find a good treatment for her cancer.  They went to Germany to try a new vitamin therapy. They had hopes — but it did not help her. I saw the name of the doctor in my father’s notes. I wanted to use his real name.  Since the event was almost fifty years ago, this seemed to me to be okay. In the poem I don’t mean to say that Dr. Scheef was a bad doctor or that he did anything wrong. He and his clinic inspired some mistaken hope, but I assume their intentions were good.  I think the reader of the poem can tell that I’m not being judicious; I am reacting emotionally to the memory. I think the fact that the experience was so long ago adds to the poem’s meaning about how some losses never cease to hurt.

CR: How have your life choices affected your poetry?

MH: Life choices?  Well, this is such a broad question, I could probably write fifty pages on it.  I guess the obvious main answer is my choice to be an academic, a professor of literature.  Most of the poets I’ve ever met have made that same career choice; it’s the only clear way to make a living while staying very involved with reading and writing poetry.  When I graduated from college in 1971, I was not yet willing to accept the academic career path, and I spent a few years experimenting in theater and literary journalism, but by 1976 I was trying for teaching jobs;  I taught at a small private high school for one year, then started PhD work at Brandeis University in 1977, and I’ve been an English teacher ever since 1983. (From 1990-1994 I was a high school teacher.) Being a teacher certainly influenced my writing in many ways.  At least a dozen of my poems refer explicitly to teaching (like “Graded Paper”, and one called “Your Next Assignment” in my new book LOSERS DREAM ON). My being “in academia” also has had the general effect of insulating me somewhat from the harsh and dreary discomforts and dissatisfactions of the millions of people who do hard work that they don’t love to do. I know I have had a very lucky life — though I’ve worked hard in my own way — and I am not an angry person;  political anger is not a driving force in my writing, though sadness and depression about American politics do show up in my poetry.

The other “life choice” that comes to mind — though it’s more of a personality quality than a choice, I guess — is that I’ve always chosen serious long-term romance rather than having many romantic partners;  and in both my first marriage, and my current second marriage, raising a child has been a central and tremendously important experience. (My son by first marriage is 30. My daughter by second marriage is 22.)

CR: Are there any physical surroundings that help your productivity while writing?

MH: Physical surroundings:  well, I am a cafe person — a lot of my writing has happened (in the first-draft stage at least) in public spaces, especially cafes.  I like the presence of strangers and the surrounding activity, as long as it’s not too loud. Writing in my own apartment or house has often felt too lonesome.

CR: Do you have any advice for a young, aspiring poet?

MH: Advice:  Among the many sorts of good advice that young writers may need, I think of two related points.  First, if what we’re talking about is poetry, or other “creative writing” rather than journalism, then the challenge is to figure out what you may have to offer that is NOT what hundreds of others are offering.  There is an originality somewhere down inside you, but it can be strangely hard to locate and grab. Secondly — and this may be another version of the first point — eventually you need to figure out what really matters to you to express.  In other words, what is most serious for you. The word “serious” can be hard to define but it refers to a challenge each real writer eventually needs to contemplate. (Being serious does NOT exclude humor, by the way!) When I was in my twenties, I was extremely slow to face that challenge.  I tried all sorts of writing, without forcing myself to think hard enough. Only when I met a great teacher (Frank Bidart) when I was twenty-nine did I face the question of seriousness of ambition in poetry. . . . After age forty or so, you start to realize that even if there are thousands of poems you “could” write, there are only a few hundred that you ever will actually write, and so you want them to be important for you.