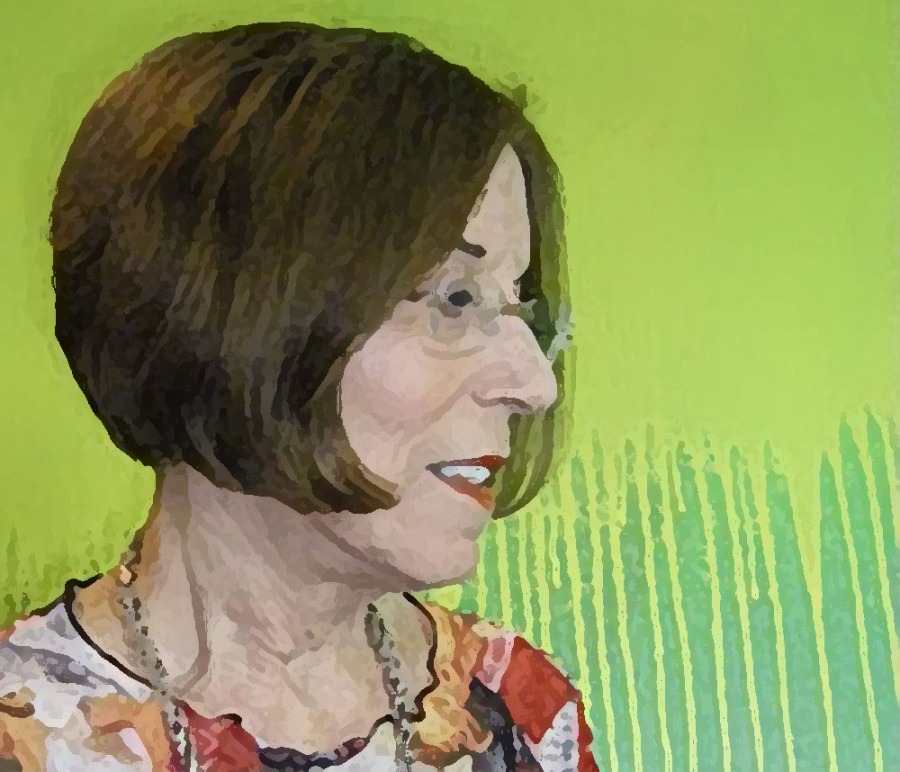 In her early career she published several books including Ghost of Yesterday: New and Selected Poems.  The Homelessness of Self, Contrariwise, Natural Defenses, Fire is Favorable to the Dreamer, Poetic License, and Eye of the Holocaust.  Her most recent accomplishment is having her poem “Memo to the Former Child Prodigy” presented in “The Best American Poetry: 2015”.

I was drawn to Mrs. Terris because of how real “Memo to the Former Child Prodigy” felt to me as I first read it and after having this interview I felt so much more connected to her even in such a short period of time, I hope you can feel the same way after reading this article.

Hailey King: After being so successful with your writing as an author, what made you decide it was time to focus solely on poetry?

Susan Terris: A complicated answer to a straightforward question: my daughter was very ill as an older teenager, and I could not spend a year working on another young adult novel and then a year revising it. I needed to work on smaller pieces of writing, so I turned back to poetry. Strangely enough, I discovered, although my poems were being accepted and published, that no one in the field of poetry had any interest in the fact that I had published 21 books for children and young adults or that my publisher was the well-known Farrar, Straus, & Giroux. So I began to leave my history as a writer of children’s books out of my bio. Mountain climbers say the piece of rock that is so dangerous you might kill yourself attempting to scale it is “interesting”. I found changing my career in midlife “interesting”—dangerous but ultimately rewarding. (BTW: my daughter recovered and is now married and the mother of 5 children.)

HK: When writing “Memo to the Former Child Prodigy,” did your inspiration come from a personal experience? What did you mean you said “so what then was left to do”?

ST: This one is hard to answer. I always wanted to be a prodigy but was not one. I do have two friends, however, who were well-known prodigies. What I was really doing in that poem was not writing directly about either of my friends but thinking about the famous violinist Isaac Stern who believed that all musicians who were child prodigies needed to retrain as adults to get rid of the various childish “tricks” that performing children do. What was “left to do” was to change and enter the adult world as a whole person, not as a former child prodigy. This poem was part of my Omnidawn book Memos. It was selected for Best American Poetry by guest editor Sherman Alexie, whom I did not know. When we met at the special event in New York to celebrate the publication of this 2015 volume, he did bend down and whisper in my ear that—yes, he had been a child prodigy.

HK: Have you ever found yourself completely stuck while trying to write a poem? Or do you just write as soon as you are struck with an idea?

ST: When I’m struck with an idea, I write it on a yellow pad or an index card. Sometimes I end up using one of these ideas. Sometimes I never look at them or think about them again. Writing a poem is not like writing a story, a novel, or an essay. Though I may start with an idea, it may not work. Or it may turn into something else I had not imagined. To me, writing poetry is rather like ice fishing. I cut a hole in the ice and drop my line but can’t see what I’m about to get—a beautiful bass or an ugly catfish. When I wrote a chapter in a book, it was always a chapter, though not necessarily a great one. Some pieces that I write, that I think of as poems, turn out to be not poems at all but a string of random thoughts that I do not ever want to see again. By contrast, some poems are what I call “gifts”—they come out of thin air and I almost don’t know who wrote them. Was that me? Did I write the poem I’m going to paste in below?

is what picture framers call them—

the fluff or sloughed hair that appears

under the glass, inside. Think then of

the small schools that swim

behind your lashes and into dream.

No bait will catch them, as sheen

slides just out of reach. Seine them

and you’ll net only splinters of light,

then not. There yet not. A frisson.

No way to extract the elusive. Fish.

HK: How important are your experiences with your grandchildren to spark your writing?  Do you find that they are the influence of a lot of your recent writings?

ST: When I was writing children’s books, I never wrote about my children, though sometimes I included current obsessions of theirs like roller skating,  baking brownies, or making string figures. Now I never write about my grandchildren—though occasionally one of them will tell me a story fragment, a kind of gift, saying it’s mine if I ever want to use it. Every once in a while I do. But the result is never about a grandchild but about the fragment.

HK: As an editor, do you find it just as entertaining to help other peoples pieces of work as you do when you are working on your own?

ST: I love editing–editing magazines or editing individual manuscripts. No boy or girl ever says, “When I grow up, I want to be an editor.” So how did this happen to me? This was another gift that came from somewhere mysterious. I don’t teach poetry, but I’ve found–probably because I’ve been a fiction writer—that I understand a lot about the flow of a poem or manuscript. What keeps the reader interested and eager to learn what’s ahead. What stops the reader. As an editor, as well as a poet, I’m always interested in being surprised.

So the answer here is YES. I love reading poetry by others even if I am not editing it. I firmly believe that no one can write in any genre without being also an avid reader. My advice to all who want to write: Read, read, & read. In the best of all possible worlds, read poetry, fiction, non-fiction, essays, biographies. Avid readers often make the best writers!