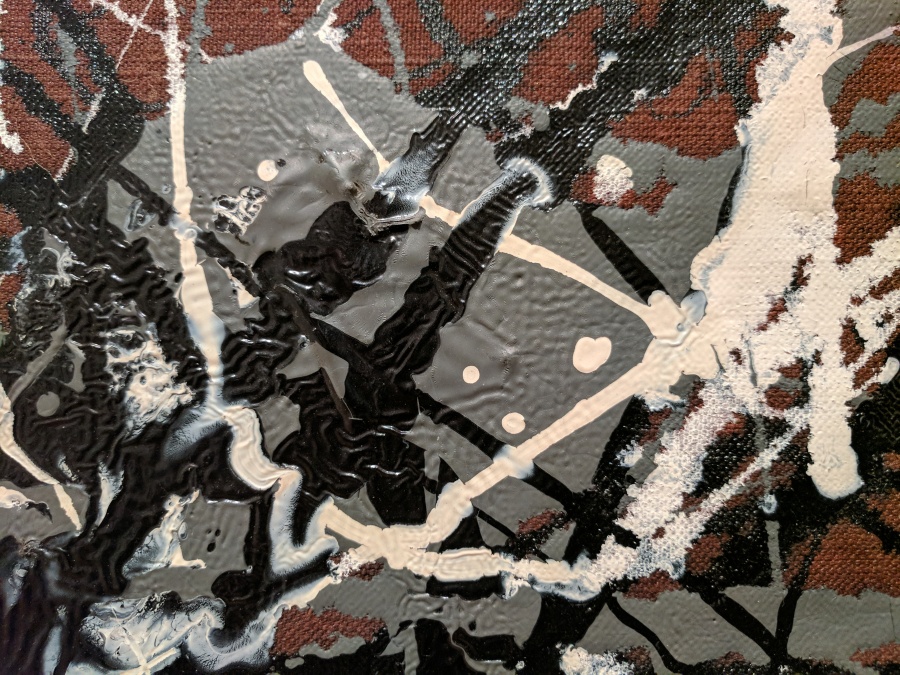 I discovered this poem upon receiving a copy of Best American Poetry and flipping through it. Initially, its title is what caught my eye. “Collision” – I was curious. As desperate as I was to read the poem and learn about this “collision,” the physical shape of the poem made an impression before I could read it. Several of the stanzas begin with lines that don’t start until halfway across the page. Is that significant? More curious than ever to see what this poem was about, I read it.

As interested in the “collision” as I may have been, I found myself frustrated that, des[pite reading it several times, I still had no idea what the “collision” or even the poem was about.

Initially, it seems as if the author is describing a setting rather than an action. The poem starts with “Away in the eyefar / nightrise.” Many readers (including myself) are forced to begin to prepare for a scene to be painted into their minds. However, no further clarity is given as the poem goes on.

Perhaps my favorite aspect of this poem is the way the author conceals the meaning of the poem behind complicated language and a vague picture that uses language like “part saltlick now as snowlasts moults back,” yet ultimately reveals the meaning through thoughtful word choice. For example, the line “heat stays on this smooth to the hoof hardpan” has no obvious meaning and gives the reader no image of the events of this “collision.” The language is difficult to understand and ultimately requires multiple readings to even ensure that you’ve read it correctly. However, Heighton drops clues to the true meaning. The word “hoof” seems out of place initially; however, as the poem continues, it becomes clear that this type of word choice is both intentional and purposeful. As the poem continues, the obscure language becomes more thematic as you begin to see similar hints. “two moons fawned” is another example of how the meaning of the poem is hidden behind confusing language. The words “fawned” and “hoof” can be interpreted as these double entendres that provide insight to what is going on in the poem. Such hints are laced throughout the poem and ultimately are what create the window between the confusing exterior and the dramatic story behind it.

Ultimately, the poem can be understood as a collision between the narrator’s car and a deer (true story). Heighton talks about the experience so openly that there is little question or debate regarding it. For that reason, I hope to highlight and discuss the artistic value of Heighton’s language and word choice. To me, what is really powerful about this piece is how he forces the reader to try. The poem is gibberish until the reader makes an effort to retrieve the secondary meanings of much of the vocabulary.

This work of art means a lot to me because of a particular memory of mine. Every time I reread this poem I’m reminded of the time I hit a raccoon with my car late one summer night. I vividly remember my heart dropping as I heard the thump of the furry creature against my plastic replacement bumper (he was fine, by the way). This emotion is revived in my mind every time I read this poem. It is not the only emotion that is so important to me, but instead that a single emotion can be drilled into my mind in such a new and artistic way.

Heighton’s “Collision,” is incredibly interesting and creative to me because I admire his ability to portray the meaning and the story of an event by using double entendres and hinting language, while masking the story behind a complicated and confusing poem that forces the reader to pay attention to the language and word choice. Ultimately, this story is a unique piece of art that requires the reader to do more than pay attention to the words in front of them. In a world where we often forget to look at things from another perspective, this poem calls for the reader to look at each word in a unique way and within its own context.