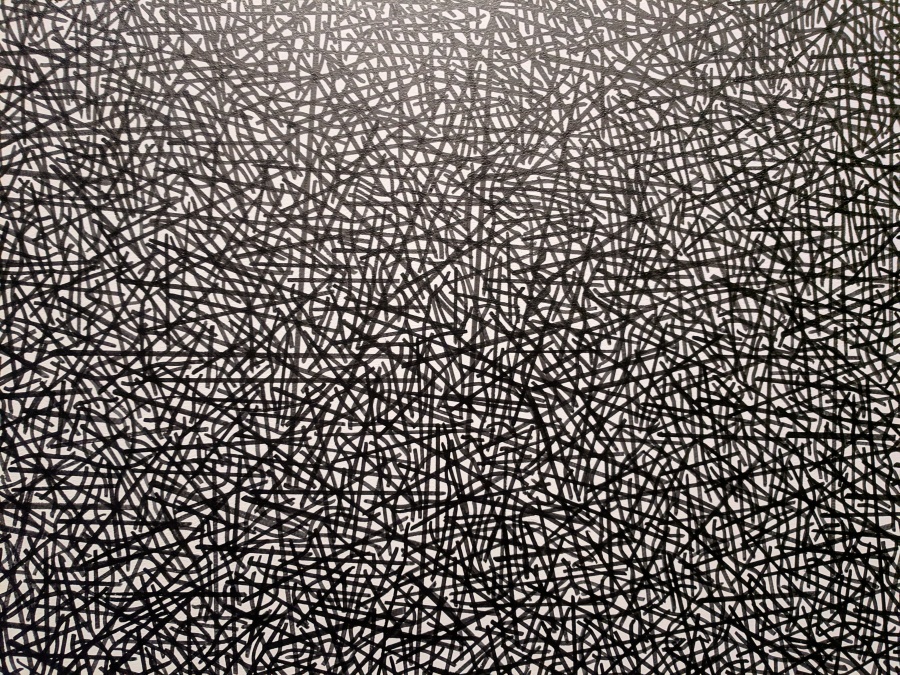 I like serifs too. They’re stable, constant, waiting, trembling, a boat. Bookends, I like to think, tape stretched thin across all four canvas-sides, quivering under the weight of three layers of oil, three layers of thick piled-on paint. It’s the curl on the end of a lowercase g, the softly sliding s, the deliberate, steady I. When we handwrite, the narrator says, we stop and add them to I, physically stop the horizontal motion of our pencil, stop the steady scratch of pencil against paper, break our endless stream of thought for the small second, for the small break in time it takes for us to add those little lines. We take solace in them, the serifs, that is. We take solace in the stability of “I,” in the stability of ourselves, ourselves diluted down to paper and graphite, to one tiny bookended word.

Kerrin McCadden’s “Becca” spends a little too much time on serifs–half the poem, to be exact–too much time than I think is strictly necessary for them. Serifs are ends, short quick lines we dash over letters occasionally when the fancy strikes us or maybe when we click the drop down font list and choose Times New Roman over Arial (and sometimes I think it’s interesting that Arial’s our default font, a font without serifs and does it say something about us that we’re so quick to move away from this stability, this quiet serif-solace? Can we, so used to softly curled letters even on a screen, understand McCadden? Can we, so used to writing our “I’s” as a straight line no serifs here folks, come close to touching McCadden’s perspective, the narrator’s ceaseless stability?)

I don’t think I can. I’m worried I don’t understand this poem. I don’t know why it doesn’t make me feel yet, why it doesn’t make me feel like poetry does, why it doesn’t compel me to write, compel me to dance, compel me to cry. I’m just skimming the words, the short quick sentences like punches but they’re all falling flat and I want to fight and I think McCadden’s found his way into the ring but I can’t get past the guard at the door why can’t I get past the guard at the door? I don’t know and I want to find out but I can’t just go up to him and ask, hey how’d you get past the guard because he’s in the ring so far away he can’t hope to hear me but I want to hear him I think I want to be him, want to understand serifs, want to feel the constant of a bookended “I” in my veins, want to be compelled to write by stability instead of madness, by stability instead of wild emotion.

Because when I write I’m unrestrained it’s an open air boxing match. Want to climb in the ring and take a swing? That’s good too! I don’t have serifs like McCadden, I don’t have guards standing stationary outside of me. I’m Becca, wild, an ink blue barn swallow. I’m Becca, glorious in my freedom but I also want McCadden’s soft stability. I want his soft reassurance, his serifs bookending the tattoo on my back, bookending my wild swallows, bookending my “I.” And it might be a nice change if we all tried to do that–adding serifs to our “I’s,” I mean. Because freedom is nice it’s loud it’s sharp it’s a poem you can read and feel thrumming through your veins, a second heartbeat. But freedom is chaos, too. And too many people in the ring can only bring about disaster.